The top three critical illnesses affecting Canadians today are cancer, heart attack and stroke. How many of your patients, friends or family members do you know who have been affected by one of these dreaded diseases? Cancer seems to initiate a range of emotional reactions, varying from fear, distress and worry to positivity and triumph. There seems to be a current trend with cancer patients facing the illness with hope and courage and then making the shift from a place of victim to survivor. The statistics speak loudly where two out of five Canadians will develop cancer in their lifetime. In 2013 there were 96,200 new cases of cancer for males and 91,400 new cases of cancer for women. Prostate cancer leading the way for men at 24.5 per cent and dominating the women’s arena is breast cancer at 26.1 per cent. The cancer cases following prostate and breast are lung and colorectal. These types of cancer affect men and women almost equally, at around 13 per cent each. In 2013, the Globe & Mail reached out to their readers asking to share their stories of cancer. They received over 80 replies from cancer survivors. Here is what some had to say: “I expected pain and discomfort during treatment. And I expected fatigue after treatment. But I didn’t expect the amount of pain I’d experience during my treatment, and how severe the level of the pain would be. I was shocked by the time the treatment took (well over a year) and the time it’s taking to heal and get back to feeling normal.” A.P., age 33, Manitoba “The most surprising was that, no matter what, life must go on. Even if your puking and crapping the bed at the same time from chemotherapy, you still have to get up and go pay the Visa bill.” K.F., 57, Alberta It was Dr. Marius Barnard who had addressed financial help for his patients with the introduction of critical insurance in 1983. Dr. Barnard was a renowned heart surgeon in South Africa who had assisted his brother, Dr. Christiaan Barnard, with the first human heart to heart transplant in 1967. It was a young woman, a divorcee mother of three small children, whose circumstance compelled Dr. Barnard to talk to insurance companies. He felt his patient’s financial health was equally important for their physical health to be well. The mother who entered his office was very sick and diagnosed with lung cancer. Dr. Barnard was able to remove the affected lung and she was sent home five days later to recover. He later learned she had returned to work in just three weeks. Two years later this woman was back in his office. This time she looked pale, was extremely exhausted, just skin and bones. He knew she was at a terminal stage. When he asked why she would come in to see him now, in such bad health, she said, “Well doctor I have come straight from work, I need money to feed my children.” Sadly, the mother died. Her children received money from a life insurance policy. However, Dr. Barnard felt if she could have received the insurance money sooner, while alive, it may have given her a much better chance to survive cancer and be with her children. Unfortunately, she had worked herself to death. Dr. Barnard was compelled to approach the insurance industry to address insuring people for when they need it most, while living and managing a critical illness. Critical Illness insurance protection was created over 30 years ago. Today, the need continues to rise. Some are purchasing critical illness through their group plans or buying it individually. However, too many Canadians underestimate the health costs associated with a severe illness. According to a report from Sun Life Insurance nearly half of Canadians facing a major health incident like cancer or stroke are struggling financially. As a result of critical illness, with the loss of family income, not having enough saved and paying for additional expenses not covered by our medical system, the impact can be devestating. People tend to avoid the simple thought of getting a dreaded disease, either because of fear or feeling it won’t happen to them. Critical illness insurance was designed to provide options; take the necessary time to heal, alleviate the worry of paying the bills, fund alternative health treatments and reduce overall financial stress. Statistics from BMO Insurance from Jan 2007- May 2013 show benefits that were paid out; 61 per cent went to males and 39 per cent to females. The youngest being a 24 year old female with a benign brain tumor and the oldest a male, 78, diagnosed with prostate cancer. Total benefits paid out for illnesses were, 62 per cent for cancer, 19 per cent for heart attacks, seven per cent for stroke, three per cent to MS, six per cent “other,” and three per cent coronary bypass. Payout as high as $750,000 went to an investment consultant at age 61 with liver cancer. Credit goes to Dr. Barnard in addressing financial wellness and affordable insurance. Critical illness costs can be affordable. The industry has adopted standard definitions for 24 critical illnesses covered under most plans. For $50,000 of critical illness insurance for a healthy person age 35, with guaranteed premiums for 20 years, the cost is about $30 per month. $50,000 for a 50 year old with guaranteed premiums for 10 years will cost about $60 per month. Good health and good family health history is needed to qualify for personal critical illness insurance.

Published in the BCNA Bulletin

The information in this article are presented for general knowledge and the content should not be relied upon as containing specific financial, insurance , tax or legal advice. Practitioners must seek their own independent professional advice to discuss their personal circumstances before implementing this type of arrangement. 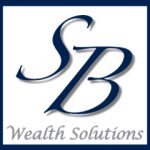